Yesterday saw me launching the SIB at Ballachulish before six in the morning, after a few hours kip in the car the night before. I made haste, to try and avoid the midges which are well and truly out of hibernation now! 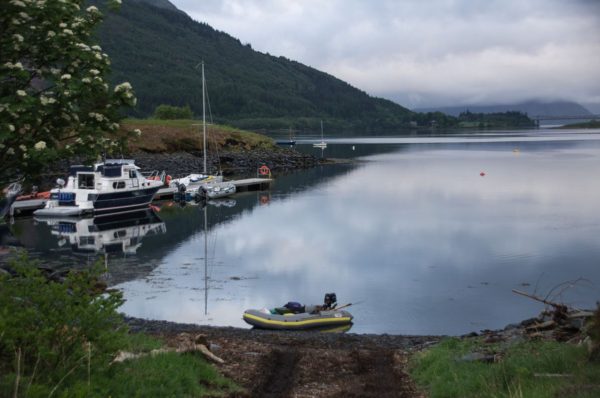 I don’t normally bother with Leven at this time of year as the fishing is usually taking off along the east coast and down in the SW. However the east has been very slow to get going this year, and I didn’t have any bait for a session in Galloway. The plan was to fish a fairly short session on Leven and then head for the hills for the rest of the day, exploring some of the other attractions that Lochaber has to offer.

The first hour passed slowly with a little ray and a smaller codling, but then cheered up somewhat as several more rays happened upon my mackerel strips. 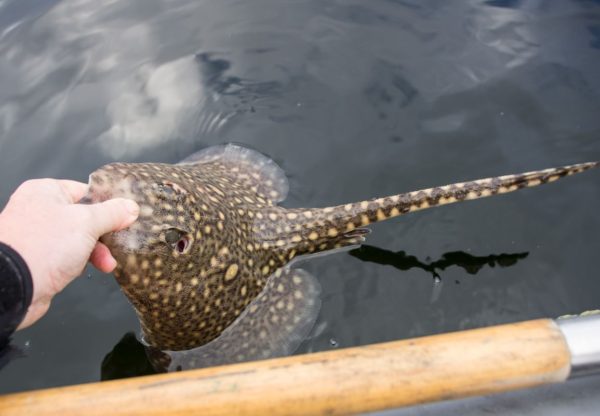 I packed in around 9.30 with 9 rays, a couple of whiting and 1 mini codling to show for my efforts. Best was only 6lb 8oz, but it was a decent enough session, making the best of a windless early morning. 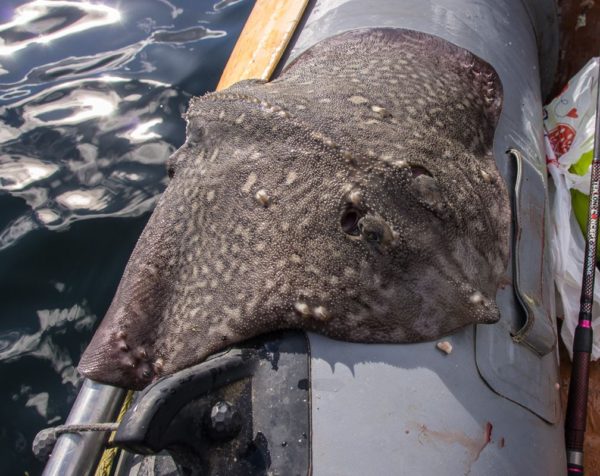 And the turf element? Well I’ve never hiked up Ben Nevis before, and thought it was about time I got around to it. I reckoned it would take around 6 hours to complete the round trip, but in the event it was a 5 hour haul up and down the steep access track. It was rather too crowded for my liking, but the weather was kind and it was a pleasant enough afternoon.

Incidentally, I swapped cars a few months ago, and one of the advantages of the Yeti is that it’s fairly easy to arrange things to get a half decent night’s sleep – even sharing with an inflatable and outboard engine.