April has pretty much passed me by fishing-wise, with generally crap weather adding to the usual spring doldrums of a sea anglers year. However, Saturday was looking OK with a light northerly forecast alongside dry weather – the only fly in the ointment being that I needed to finish early afternoon to meet family commitments, which of course meant an early start to compensate. 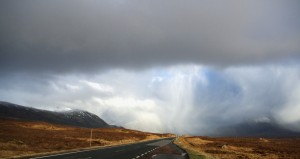 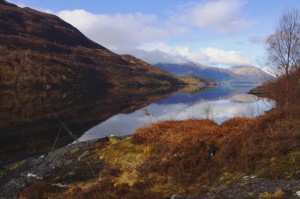 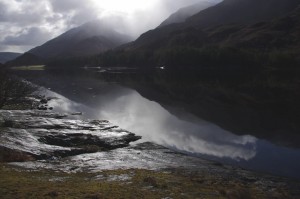 The weather on the way across wasn’t inspiring with a fair amount of rain and even some sleet going into Glencoe, and it was very cold when I arrived on the north bank of Loch Leven. I got rigged up quickly, but by the time both baits were out I could barely feel my hands so was very glad of the sun when it appeared. The wind also dropped to nothing so the loch transformed into something much more picturesque and worthy of a Visit Scotland ad, and my fingers started to thaw a little as I contemplated the scenery and chucked a few sticks for the dog. 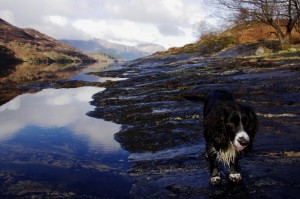 Fishing was very slow to start with and it was easily two hours before I hit into a determined run and felt a decent fish on the far end. A few minutes later and a nice 7lb 6oz thornback was on the rocks for a few photos before being returned gently to its home. Over the next few hours another four took the bait, but these were smaller 1.5-3lbs fish, and then everything went dead towards low water. 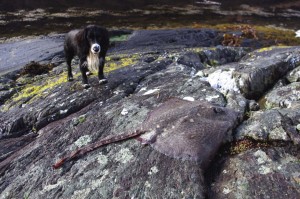 Mindful I needed to get back home I was about to pack up and hit the road when I noticed a log like shape floating towards me from further up the loch – then I realised it was a fishing kayak that I’d seen earlier on, except this time it was upside down and I couldn’t see the paddler. Running up the loch towards it I realised he was with the yak, but in the water on the far side of it. It didn’t look like he was going to get back on board under his own steam so I called the Coastguard and reported the situation. 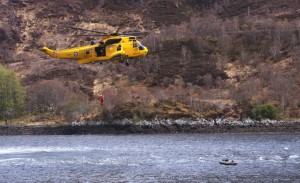 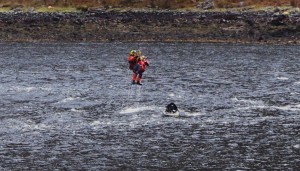 They called back a couple of times for more information and told me a helicopter would be on scene shortly, together with a couple of more local boats – in fact it took just 30 minutes from call-in to the chopper arriving, which was pretty impressive considering the location. 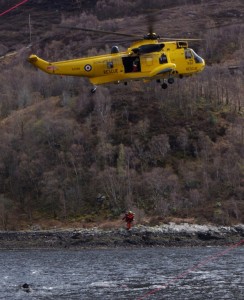 In the event the yakker got hauled out quickly and whisked off to hospital in Fort William. After a quick chat with a couple of the local police who arrived at the same time as the helicopter I got packed up, at least with a decent excuse for being late.