I’m unashamedly a fair weather fisherman and will do my best to avoid the windier and wetter days, but I was starting to climb the walls after too much Christmas cheer and needed to get out for a few hours. Fortunately Sunday morning looked to have a decent weather window, so I chucked a couple of rods in the car on Saturday night.

My destination was Loch Leven, targetting a thornback ray or two in a fairly short morning shore session before the sky turned the taps on again in the afternoon. The mark of choice was a fairly inaccessible one, but since I just wanted a few hours of time to myself this suited me fine as there was zero chance of meeting a Sunday morning dog walker here! 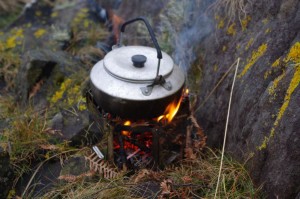 I’d bought myself a little honey stove over Christmas, which is a simple but neat little wood burner. It’s more for camping than for fishing, but I left the thermos at home and took the stove along for a little try out. There was no problem getting it going and only a few minutes after firing it up I had a kettle boiling, so quite a happy punter. 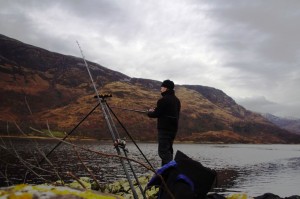 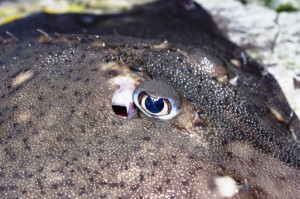 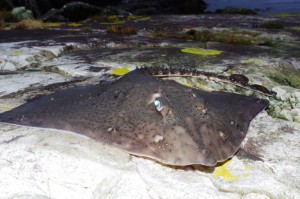 As for the fishing, well it was fairly steady up until slack water when everything died off – there was no great excitement with a string of dogfish and a modest whiting, plus a single thornback (thankfully – I was little disappointed not to get more, even on a short session, but I’d be disappointed with just doggies). By noon it was starting to rain quite heavily, and I packed in an hour or so later by which time it was really chucking it down, so I left the ducks to it… 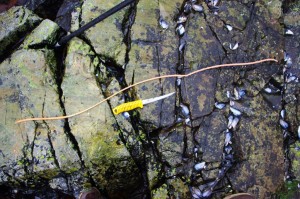 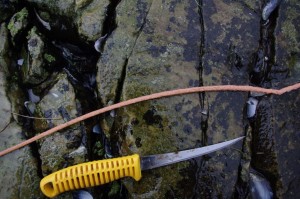 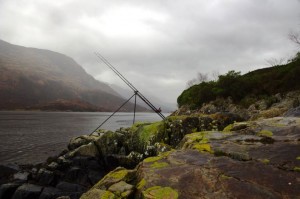 I also picked up the curious orange coloured creature shown in the photo above – I’ve had a few others before, mainly from Leven, but I’ve never researched what they actually are.