I’d gone across to Leven with a view to launching at the bridge only to find the slipway is now effectively blocked off by the RIB used by the sea school at Ballachulish, so I ended up slipping Alcatraz at the slate slip alongside the Isles of Glencoe Hotel. Easy enough to launch, but there is a risk of sticking a tow vehicle in the muddy track on retrieval – especially towards LW when the slate beach is steepest.

After a delayed start it only took a couple of minutes to nip across to the fish farm area and drop anchor. The target was thornbacks (what else, given it’s Leven), and fishing was of the slow but steady variety with some modest rays, a few LSD, a grey gurnard and a micro-cod. A pleasant surprise for mid-November was a stream of mackerel during the morning which were a welcome addition to the bait supplies – I initially picked one or two up on bottom baits, then left a string of feathers fishing by themselves just off the bottom.

Eventually a combination of noisy work on the fish farm plus gradual boredom prompted a move and I headed up the loch, passing a gaggle of kayak fishers strung out just out from the islands at Glencoe, and making towards the narrows a few miles further east. I stopped off for a decent while to collect a bag of mussels for dinner later in the week (yum!) and stretch my legs a little, then headed out to a wee spot I’ve fished a few times. 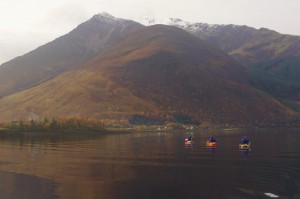 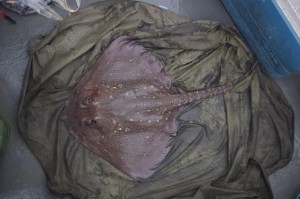 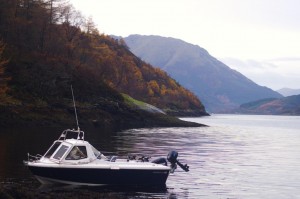 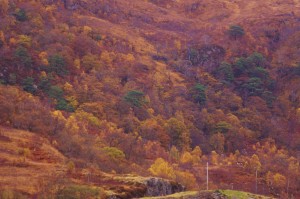 Things were very quiet apart from a couple of LSD and mackerel, but I did eventually pick up another three rays, with one being my best for quite a while, at 10lbs 4oz. Happy with that, I decided to try out of the loch and see whether anything was showing in Loch Linnhe, as it never seems to get much fishing attention. Unfortunately I soon realised that I’d picked up more than rays whilst fishing, and that my anchor was entangled with a string of prawn pots. Despite my best efforts it took a good long while to eventually get the anchor up to the surface and free off the rope – the usually reliable cable ties hadn’t tripped out, probably because the prawn rope was just too elastic to force a break in them. However no harm to either party, so just added it to my mental list of things to watch out for…

By now I was pretty knackered, but I thought it worth a quick session outside the loch, so a quick blast saw the anchor dropped a little way out into the bay at Onich. Needless to say it proved a waste of time, apart from a single very energetic bite that I contrived to miss, and about an hour later I was back at the slip to retrieve the boat – fortunately without any difficulty.