Skip to content
After a run around on Saturday morning in search of some wheel nuts my trailer was roadworthy again, so I headed over to Etive to check whether Alcatraz still floated. For one reason or another it’s been 5 months since she was last on the water and there’s always the added doubt of whether the engine will actually fire after a longish layup.
I was also keen to try out a replacement for late and lamented GoPro which died fishing near Aberdeen. The Yi 4k camera is a GoPro clone for about 2/3 of the money and gets pretty good reviews. The short video of the day (below) gives a taster and I’m pretty happy with it so far.
Winter Spurdogs on Loch Etive

We arrived about 8.30 only to find about half of Ayr SAC trying to get their boats in the water for a club competition. Add in a mountain of weed on the beach and it took a little while before we got afloat, but at least the outboard fired up at first turn of the key and we headed off down the loch. Needless to say, there were a couple of Ayr boats sitting right on top of the spot I wanted to fish so we dropped anchor on another ridge not too far away and dropped a few mackerel baits to see what was stirring.

A couple of hours later we had our answer in the form of a motley collection of doggies and small spurs, plus a little thornback – which sounded positively hectic to the one or two fish that the other boats had. 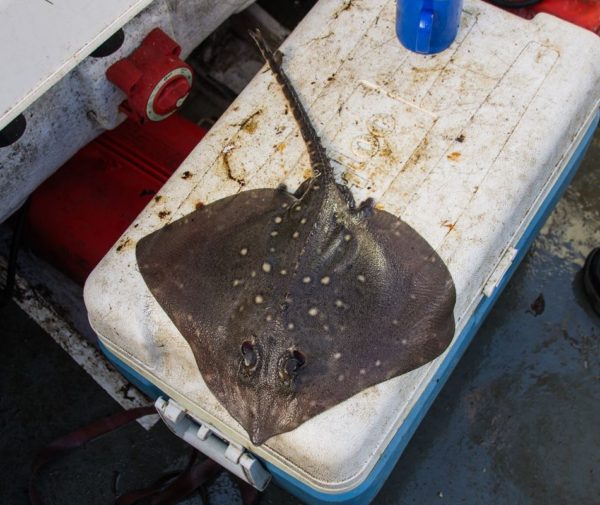 I then took the rather bad decision to head still further down towards the mouth of the loch, to a mark I haven’t fished for 3 or 4 years. A little over an hour here gave Ian another 5 little spurs and absolutely nothing for me, so we backtracked up towards Ardchattan and tried again for rays. One little thornback for Ian after another hour made for a more radical rethink/roll of the dice and I went for a move several miles up the loch – at least up here no-one would see us fail…

Around Taynuilt there had been a little breeze, maybe only 3-5 mph but enough to put a chill through you, whilst up here it was like a mirror. Cruising along with the sky and mountains reflecting off the loch was fantastic, even with a frigid slipstream trying to tear your ears off. Eventually I eased off the throttle and dropped anchor and complete silence descended as I shut the motor off.

I could sense slightly raised eyebrows on Ian’s part at my choice of mark, as it isn’t perhaps the most obvious spot to try. However he dutifully dropped baits to the seabed, and we didn’t have too long to revel in our surroundings before we were battling fish. Truth be told, “battling” might be a bit of a porkie, as they were definitely all on the small and weedy side, but at least there in numbers. Even I started to catch! Spurs and doggies for the most part, but a few whiting (mainly in pieces, courtesy of hungry spurdog) and a lonely grey gurnard for Ian.

Although I caught up a bit towards the end Ian was well ahead in terms of numbers of fish and the overall catch was nothing much – maybe 50-60 fish altogether, and all on the small side. However Etive was near its winter best, which counts for quite a lot in my book, so I was well pleased with the day. 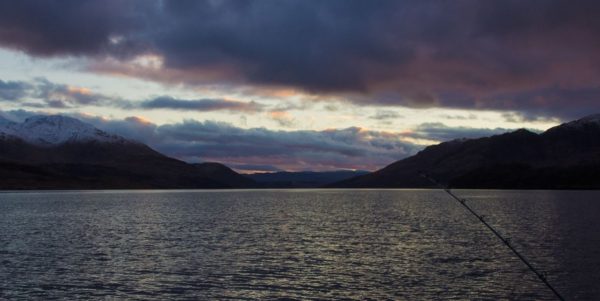