I had a better day than expected yesterday, as most recent reports from Loch Etive have been poor, and I thought I’d be struggling. As it turned out however, a decent break with the spurdogs saved the day, whilst unbroken sunshine was the icing on the cake.

Alcatraz has been out of water for almost 5 months now, and a little shakedown cruise was well overdue so I grabbed the weather and took the day off. Bonnie the spaniel was press-ganged as crew and we escaped Edinburgh just on 5 in the morning, to try and launch around HW at Taynuilt. 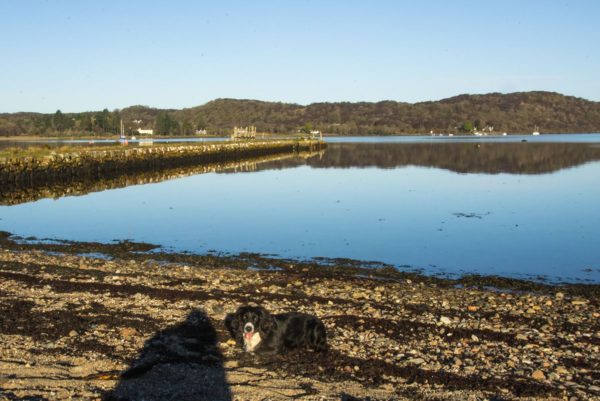 Even after a layup over winter the ETEC started first time and we were soon skimming over a flat calm surface and down towards Ardchattan. Anchor set and rods deployed we could turn to the more important matters of coffee and gravy bones (your choice depending on whether you’re human or a spaniel).

We spent the morning plugging away at a couple of spots around Ardchattan but it was fairly slow going, with only 3 rays, 3 doggies and a single spurdog and micro-cod to show for our efforts. 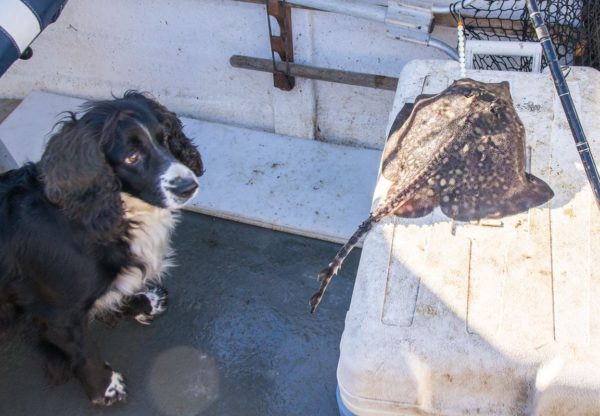 By lunchtime Bonnie decided it was high time to get ashore and have a proper play about so we pointed Alcatraz back up the loch and just kept going until civilisation was safely left behind. Parking the boat just offshore we stretched out on the beach, had a bite to eat and a chuck about with the ball. 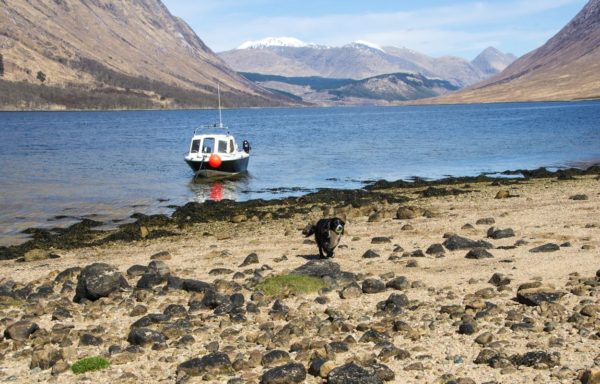 Snow on Ben Cruachan and gorse coming into flower made a great backdrop. 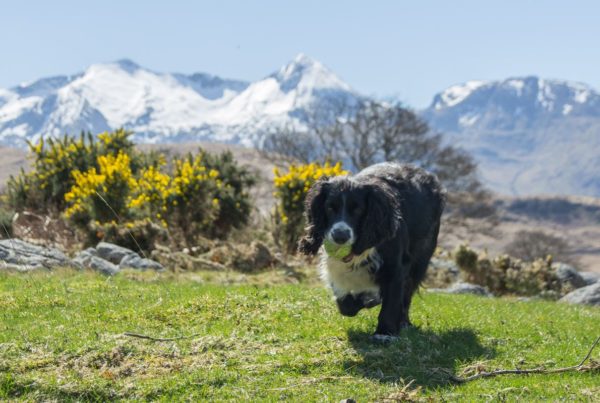 By half two I thought we’d better put some more effort into the fishing so persuaded a rather reluctant dog back in the boat and headed out to a nearby mark.

The breeze had picked up a little, but we sat quite nicely with wind and tide aligned. A set of small sabikis drew the first fish as the spinning rod hooped over to a hefty take. On the light rod this felt to be a good size until things went pear shaped about 30 seconds later. I assumed that a spurdog had nibbled the small sabiki and just bitten through the line until a rather beaten up whiting surfaced. 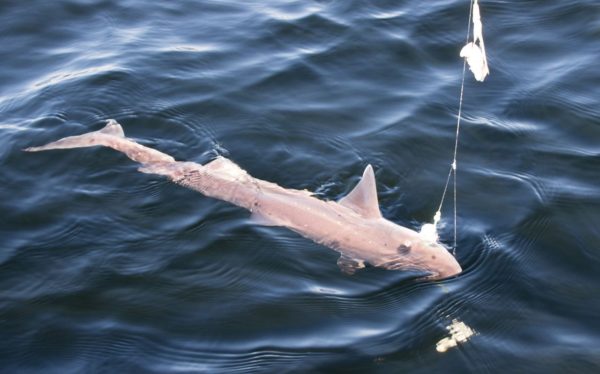 No time to worry about it as my “proper” rod was now bouncing hard, and I hit into another spur. This one made it to the boat and was quickly returned – a modest 4-5lber at best, but welcome. This set the scene for the next couple of hours as fish after fish hit the baits. 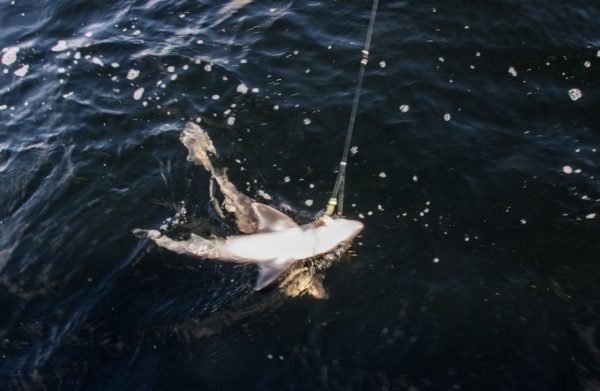 None were very big, apart from the one that got away (! – even that was no monster), but most were in the 3-5 lb range with the biggest a 7 lb fish. 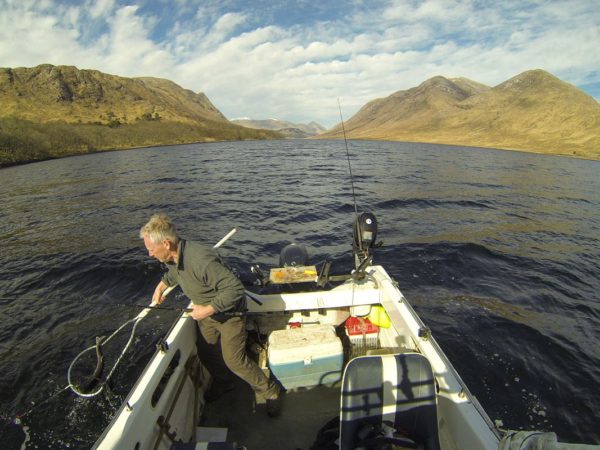 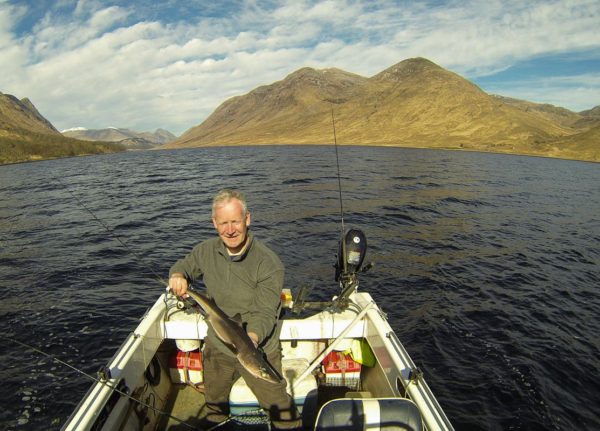 Nothing else got a look in until towards the end of the session when a couple more dogfish and small whiting hit the surface.

All in all the score for the day was 22 spurs, 3 rays plus doggies, whiting and a micro-cod. Not a red-letter day, but not too shabby for a few stolen hours in the sunshine chilling with a furry friend.