Fish in the east, fish in the west, but not really the weather to exploit either coast! Faced with the need to check out Alcatraz before an upcoming trip to Galloway I chickened out and made my way over to Etive again, with the furball for company. 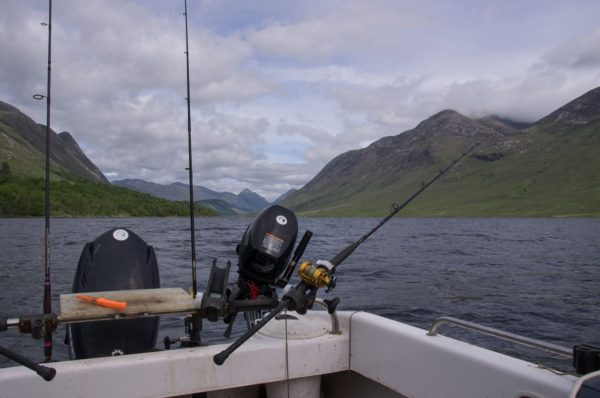 Having had fairly poor results from down the loch over the past year I just headed straight up into the less visited upper loch and settled down to a little Etive pollack bashing. This isn’t something I often do on the loch, as there are a lot of smaller fish around, but I was trying for something a little better today.

My leadhead attracted little attention in the peaty-ish waters, but I lost a couple of smaller fish which threw the hook before my light spinning rod went parabolic and line peeled rapidly off the little Abu reel. Clearly a better fish, I treated it with a little respect and it was a few minutes before a good sized fish (and my best Etive pollack) slid into the net and came aboard. 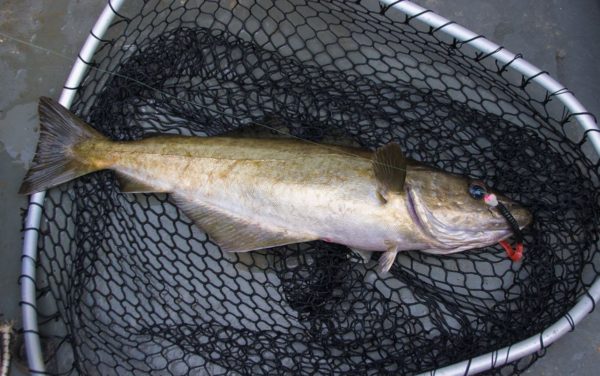 Being guilty of over-estimating the size of pollack (slab sided, but thin when compared to cod) I always prefer to trust my scales and these slid round to a healthy 5lb 6oz. 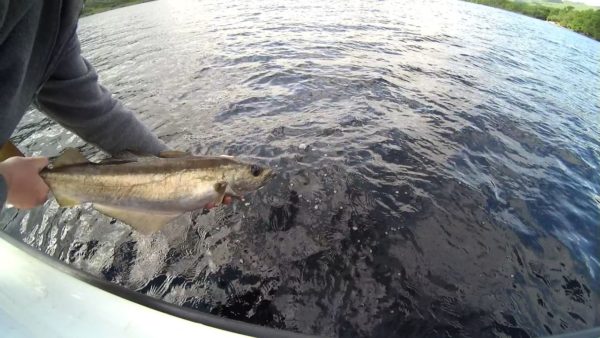 Nothing else seemed very interested so I shifted a little and dropped anchor. Wind and tide were opposed, which is never something to be recommended, but it wasn’t uncomfortable and just a little awkward as the boat slewed from side to side. Bozo had clearly given up on dreams of a run ashore and curled up and went to sleep for a while.

It was a little slow, but a decent sprinking of fish graced Alcatraz’s gunwhales, including spurdogs, dogs, a thornback and some whiting (heads only!). 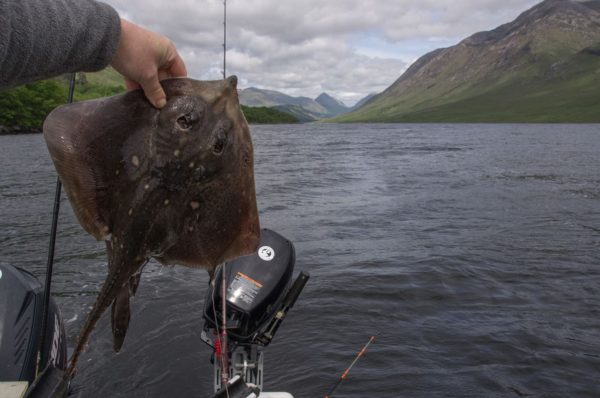 Taking pity on Bonnie I took a break in the early afternoon and we headed ashore for an hour of chasing sticks and drinking coffee in the sunshine. 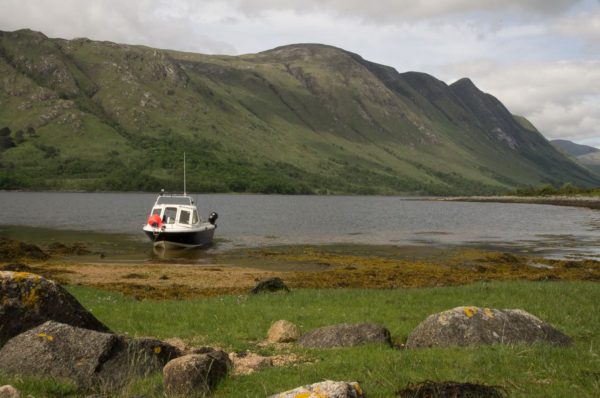 A couple more hours fishing produced more of the same, but no sign of larger spurdogs, so I was happy enough to point Alcatraz south and head back towards Taynuilt.