It was a bit of a toss up whether to head to Etive or carry on a bit and try fishing for skate off Oban, but a combination of small tides and calm weather tempted Ian and I into a spot of skate fishing from Gallanach.

My reservations about skate hunting were further overcome when the sun came out big time and I could safely settle down for a snooze whilst waiting for some action…. maybe.

Apart from a few dogfish on small baits, a snooze was as good as it got all the way through the ebb, and I was pleased to catch a couple of modest spurdogs to add a little excitement.

About 90 minutes into the flood tide, and with the sun almost setting, Ian’s rod finally got some action with a fish that messed around for several minutes before Ian set the hook. 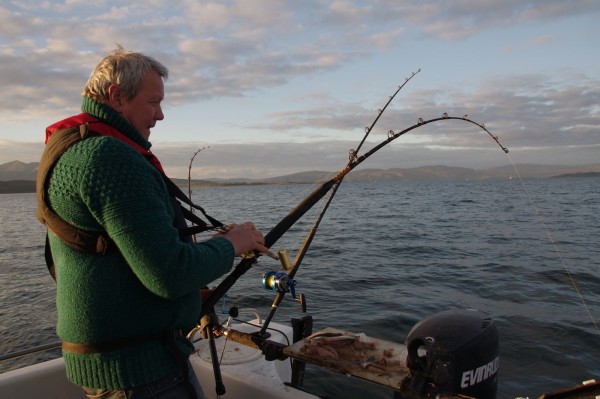 This fish played around in the tide, alternating some fairly easy retrieval with powerful dives that left Ian struggling to stop it.

However experience gradually told and the familiar outline of a decent fish eventually emerged, kiting gently in the current. 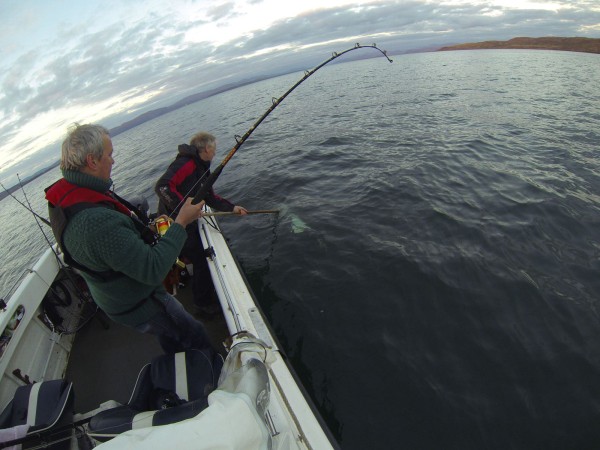 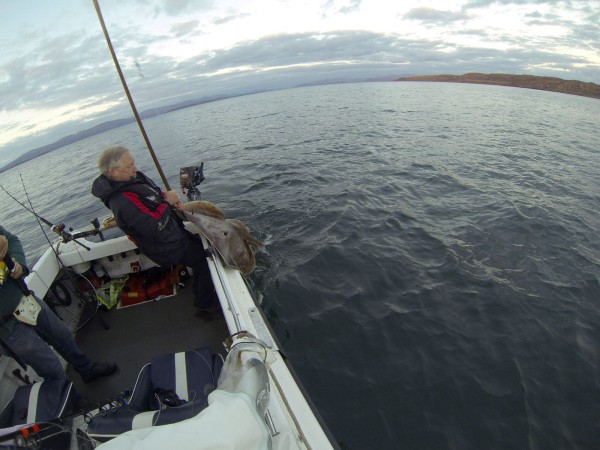 A quick haul in for a few photos and back it went – later confirmed at 103lbs on the size tables. Not a monster but a fine male fish nonetheless. 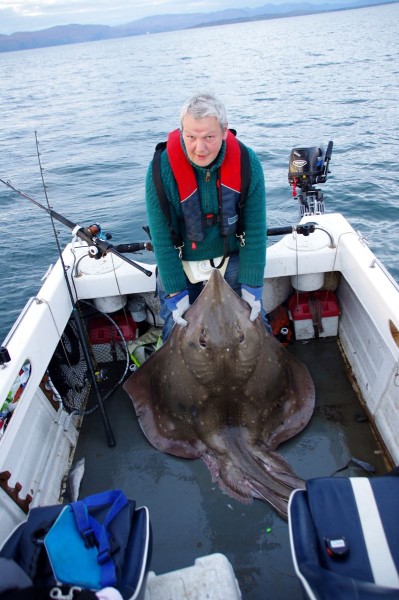 By now it was getting dark and time to haul anchor from 500 feet below us, before heading back to Puffin Dive Centre at Gallanach, and then home, via the chippie at Oban.