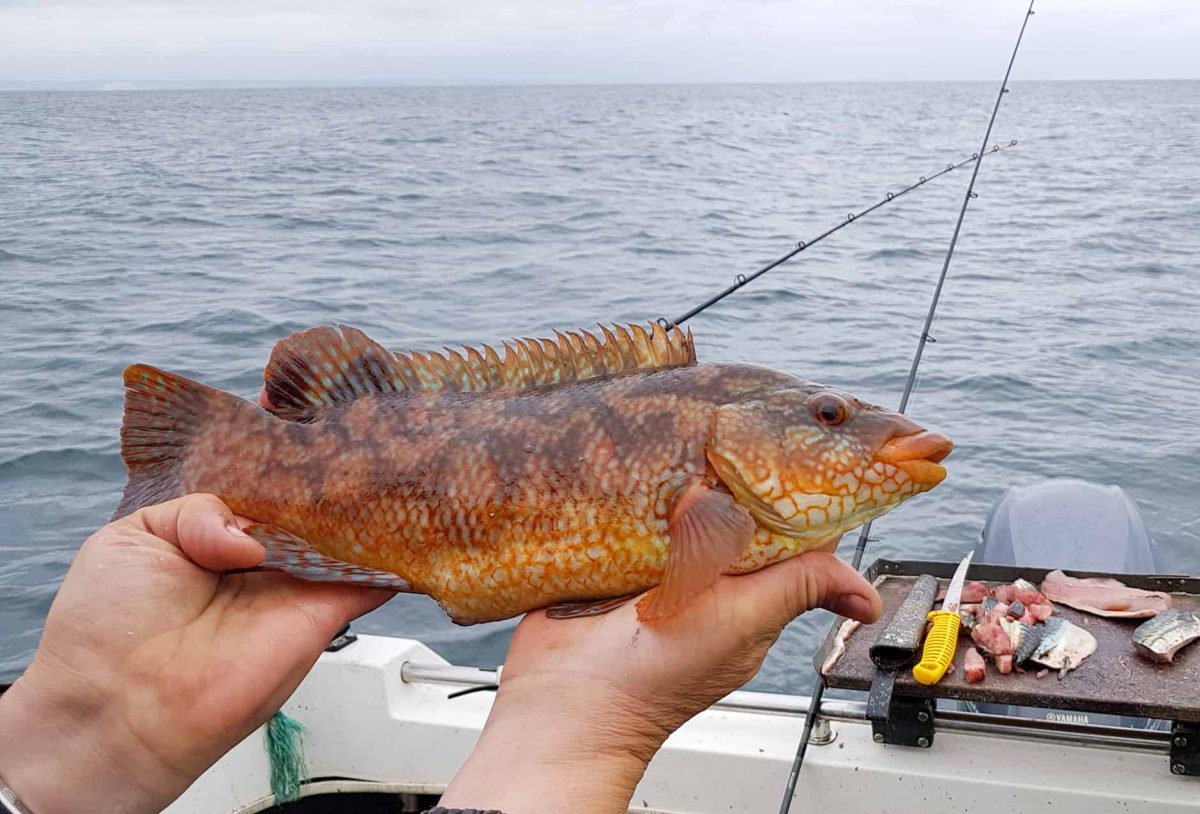 Late August saw Ian, Trevor and I bouncing around on Ian’s Raider a few miles along the coast from St Andrews. Aside from a few codling it proved a rather rollercoaster style experience so we snuck back inshore, under the shelter of the low cliffs along this part of the coastline. Once tucked in out of the worst of the wind I dropped a grapnel down into the rocky, kelp covered, seabed little more than twenty feet below us.

In these conditions fish tend to come fairly quickly, or not at all, as the boat sweeps from side to side, pendulum fashion, at the end of the anchor rope. Fortunately the fish were hungry, so when Ian and I pinched a few of Trevor’s rag we were soon knocking out ballans in various sizes and colours on spinning gear. These were my first wrasse of the year and really quite good fun to catch, with some bright red codling mixed in with them.

Trevor and Ian were catching pollack on lures, whilst I just took a lazy approach and suspended a mackerel belly strip on a flowing trace a few feet above the kelp. If conditions were calm I’d be able to see it clearly, maybe fifteen to twenty feet below the boat. As it was, the fairly rapid pendulum action gave a pretty decent action to the mackerel strip whilst the choppy sea seemed to reduce what little inhibition the pollack had.

Maybe not quite top drawer fishing, but we’d a reasonable pile of pollack (most sub-4lb, but a few better ones too) and more wrasse than I’ve seen in years. A fair number of codling, and the usual mackerel and coalies. I think Trevor picked up a small ling too, which he does pretty consistently.