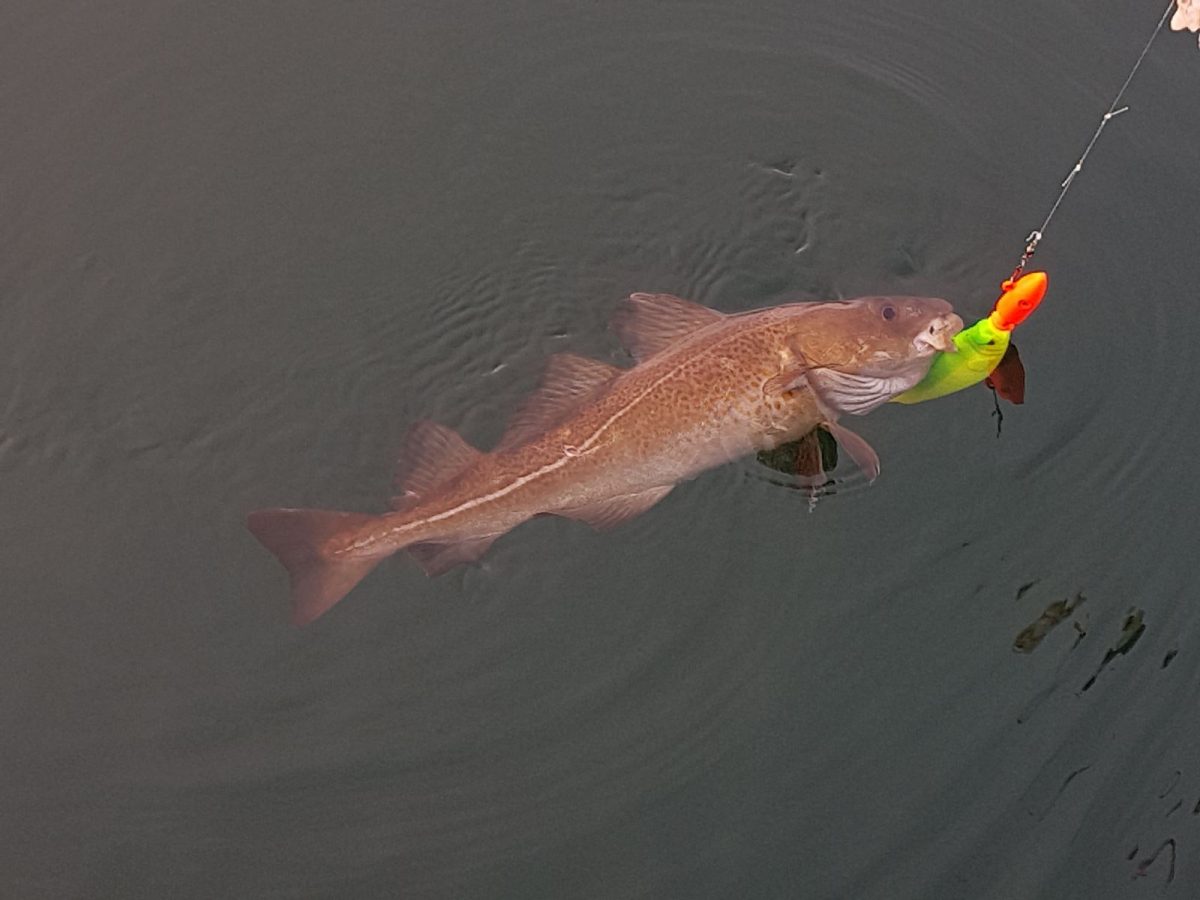 I’ve been very remiss in reporting this year’s events on the Scottish east coast boat fishing scene. Maybe there’s not been much to write about, but I have fallen way behind. A mid-November trip out of St Andrews may be my last trip afloat on the east coast this year (hopefully not!) so kind of forces me to write up or shut up as far as the fishing afloat is concerned.

It’s not a great year to be honest – modest catches of this and that, but little outstanding or memorable. Pollack, cod, ling and mackerel, with the odd coalie and wrasse thrown in.

However, last Wednesday saw me heading out of St. Andrews on Ian’s Raider on a fine, calm morning. Our target was codling, aiming to repeat Ian’s success of a few days earlier in what had been far worse conditions. Apart from a few dog walkers and joggers the harbour was deserted as we headed down alongside the historic old pier and then accelerated down the coast in the direction of Fife Ness. November is traditionally a shore fishers, rather than a boat fishers, month and we had no competition out on the water.

Miles along the coast, and several drifts later, we were contemplating digging out the beachcasters ourselves. Nothing doing. However, experience had long taught us that fish switch on and off the feed, and that patience can really pay off. A couple of hours and a few ling and pollack later, the codling finally decided to start showing themselves.

Nothing like the 100+ fish we’ve had in the past, but a steady catch rate of codling cheered up the day.

I’m guessing the final total was 30-40 codling and maybe 12-15 or so assorted pollack, coalies, ling and a whiting (a comparatively rare fish in these parts). Best fish was a pollack that Ian landed, 5lb 4oz or thereabouts.