I’ve not been posting that much recently, so this is a quick catch up of a few trips on the east coast over the last couple of months.

This is going back to June, but worth a mention as it’s the first time I’ve fished here. Easy short(ish) range fishing for flounder and dabs in our case, to a mix of worm, crab and fish. A laid back way to spend an afternoon! 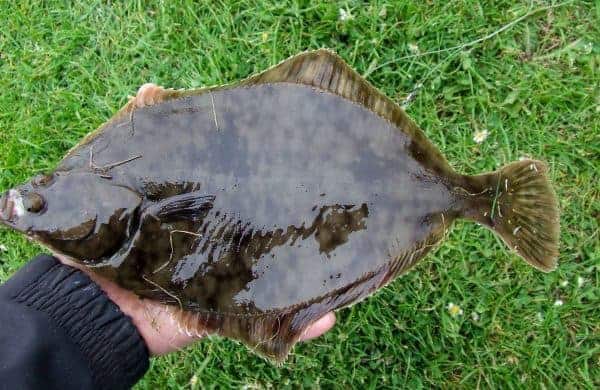 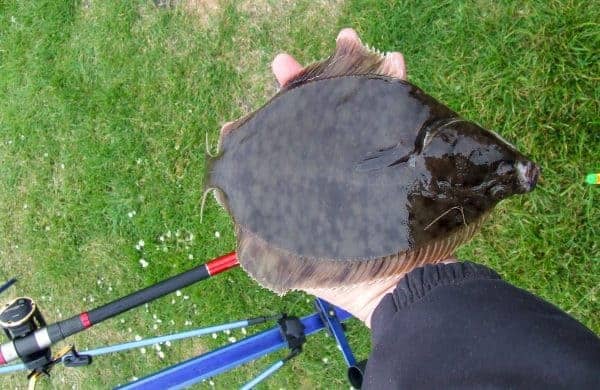 Both these specimens (and the photos) were taken by Ian. We were using rather overkill gear for here, and spinning or carp rods with an ounce or two of lead would be a better idea.

Late June saw me aboard Ian’s Raider for the first time this year, and heading out of St Andrews in search of a few fish suppers. 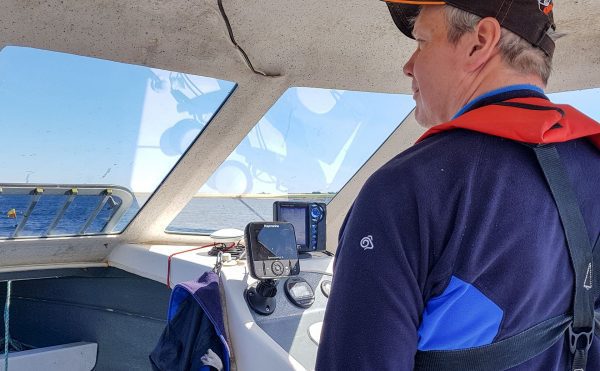 One of the minor hazards of sea fishing are the gulls, but they seemed unusually persistent today, and quite determined to get themselves some mackerel. At one stage we were surrounded by 7 or 8 black backs closing in for the kill, and they weren’t easily put off either.

I didn’t take any pictures of the fish for some reason, but suffice it to say that the freezer got a healthy boost with a selection of decent fillets.

I don’t really fish Dunbar that much these days, as it gets awful crowded during the summer. However it’s still nice to launch early in the day before it gets overrun and you can find a place to park. That’s what I did last week, and I’d a fine few hours drifting for codling, ling and mackerel. All pretty small, with the biggest fish a pollack of 4.5lbs, but there in reasonable numbers.

I ended the morning with about 30+ ling and codling, a couple of pollack and a useful contribution towards the winter bait supplies – about 45 mackerel. Also my first scorpion fish for a year or two, perhaps because of the small tides and fairly slow drift.

Gulls were the pest last time out of St Andrews, but the plague was a little more exotic today. Ian warned that he’d been pestered by hoverflies the night before, but I didn’t really believe him. OK, they look like wasps but that’s as far as it goes. They don’t bite and they don’t sting…

… but they can crawl all over you, up your nose and into your mouth. Ye gods!, I’d never have thought they could be such a pain. Presumably we were the only safe haven for them a mile out to sea, and they made full use of us.

The bugs thinned out a bit as the breeze picked up, but they definitely outnumbered the fish. We did get a load of codling but mainly small stuff. 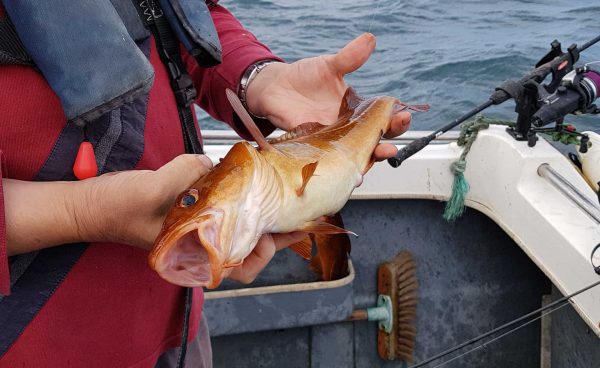 However there were a few pollack about in the 5-5.5lb bracket, and Ian managed a couple of dogfish too. 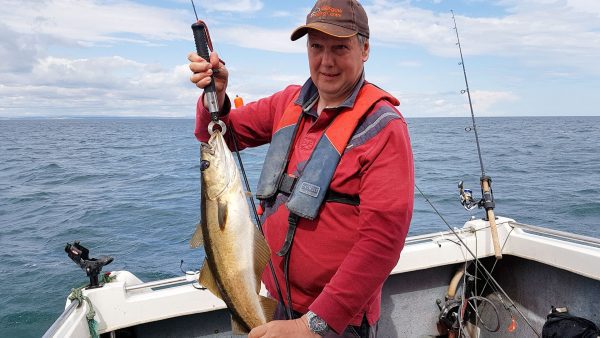 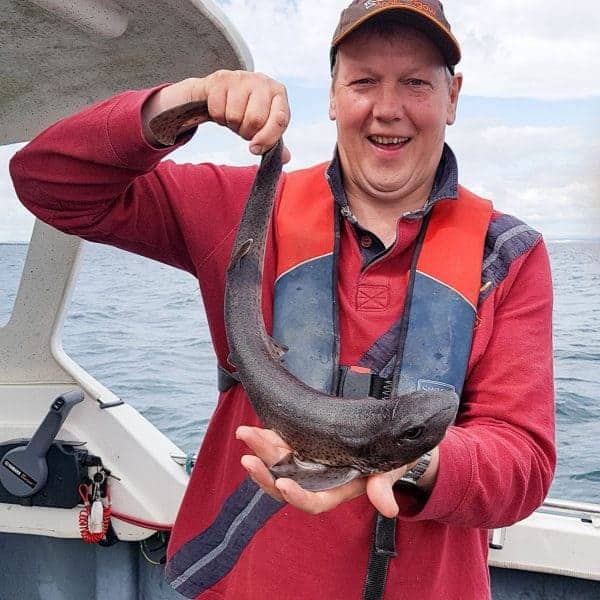 These have a novelty value on the east coast as we don’t often catch them on this side. They add even more shine to Ian’s “dogfish magnet” reputation too!

This little codling also demonstrated his appetite quite nicely. Note the mackerel tail sticking out his gob – he’s swallowed a whole mackerel frame, including head, that we’d chucked over on a previous drift.