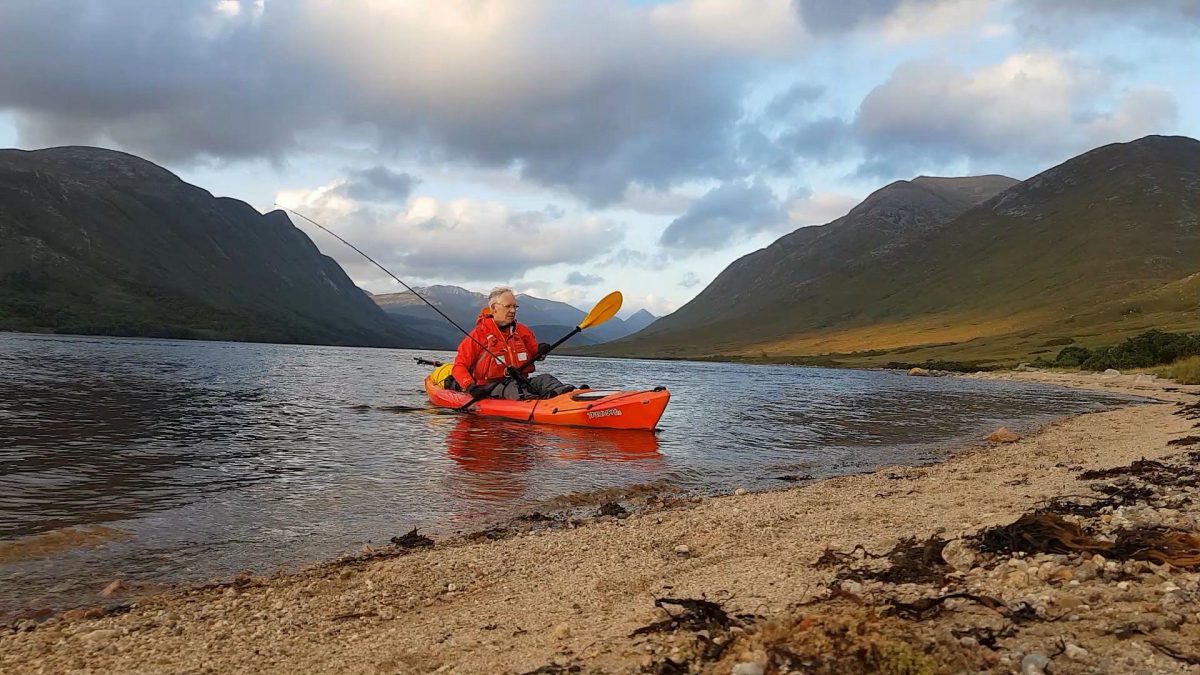 I’ve been wanting to try out a kayak camp for a while now, and I finally got my act together last week. Just a short trip but with the promise of a fine evening.

I didn’t actually hit the water until after 5 in the afternoon, which gave around 3 hours or so before it got dark. Happily, the initially gusty wind fairly soon gave way to calmer conditions and I made good progress towards my planned site.

I bought the kayak with a bias towards touring/camping rather than all out fishing, but it’s still kitted out with rod holders and most of the gubbins that a typical angler might want. In line with that philosophy I trailed a small rapala lure behind the ‘yak as I made my way along. A hit rate of one fish every two miles might not sound great but I was happy enough with a couple of trout. Both returned – fortunately for them I already had more than enough food for the night!

A good few miles of paddling later I pulled in to a nice stretch of gravelly sand where I planned to set up camp.

I’d taken along a beachcaster and some mackerel bait, so I sorted that out before pitching the tent and getting some dinner prepared. There’s a reasonable depth of water here, and I’ve had fish from the shore before, so it seemed worth a try.

I sorted out the tent quickly and turned my attention to starting a campfire for the evening. I’d taken a decent supply of wood in with me as there’s little along this part of the shore. Dry wood is very easy to work with, and I soon had a fire going. Coffee on, and then a nice bit of steak to follow!

I fished and ate until after 10. The food was good, the fishing rather less so! A few crabs and one missed bite was the sum total. However I was happy enough to bed down for the night and some well-earned rest.

Next morning saw me cast out again before reviving the fire for more coffee and a couple of chunky bacon and egg rolls.

I swigged away but sadly my coffee failed to evoke its usual response and there was no savage take. I just had to contemplate my surroundings in the early morning calm.

With a rapidly rising wind forecast for later in the morning I couldn’t afford to hang around too long. Striking camp, I loaded the kayak with the fishing and camping gear and re-distributed my little fire circle around the beach before paddling off.

I stopped off in a couple of spots on my way back, partly to scout out new campsites, partly just for a little break from the paddling. By the time I neared the car the forecast had caught up with me and tranquillity was replaced by a howling wind. Chuck in some well-whipped white water when the squalls ripped through and I was quite glad to get ashore. Calm weather rarely lasts around these parts! 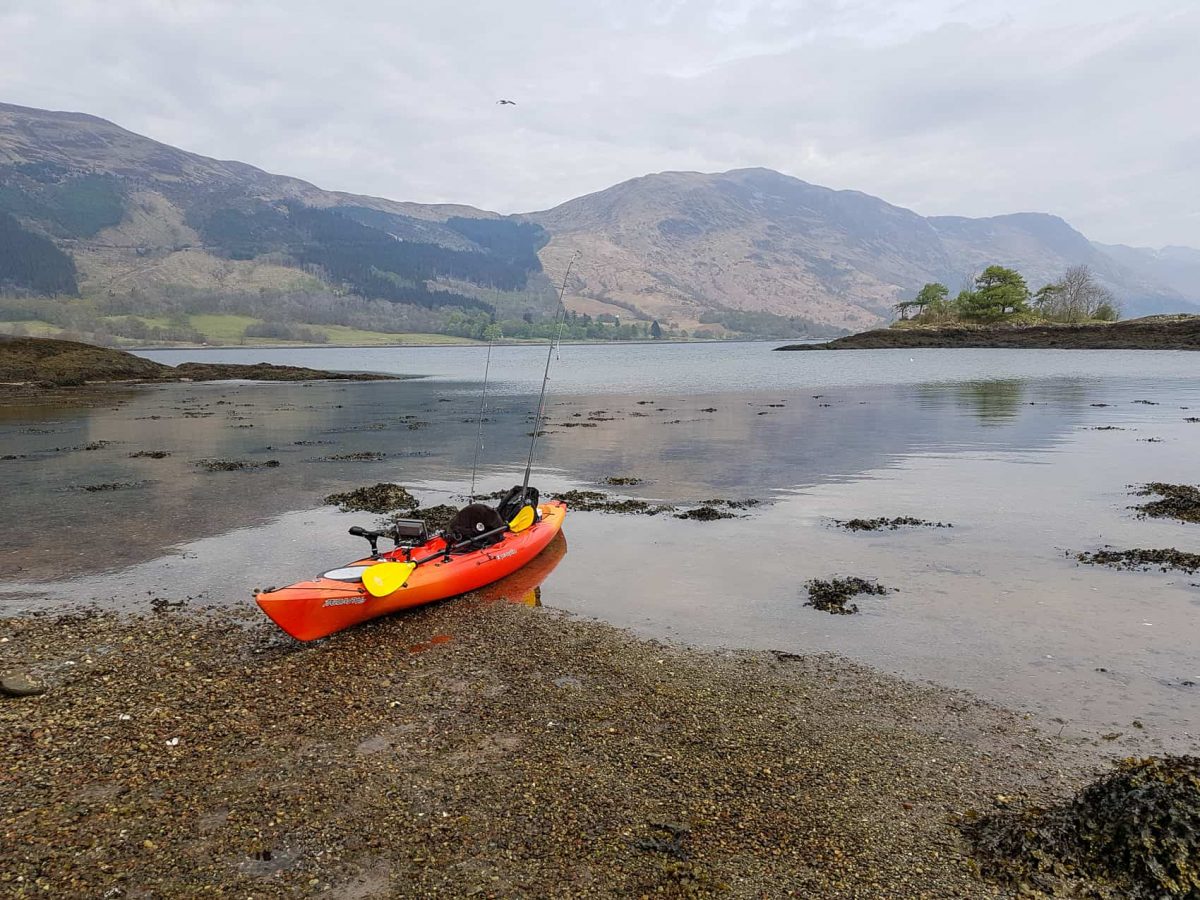