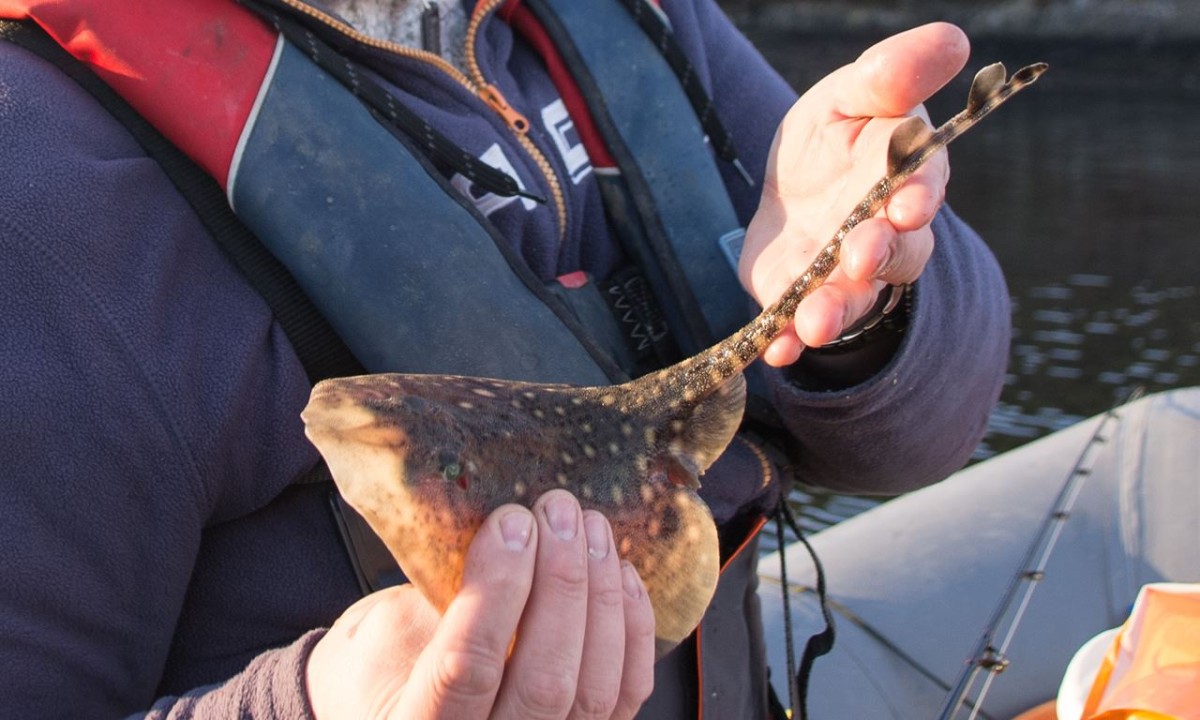 It must be a decade since I last fished two men in a SIB, as it’s usually cramped enough for one disorganised angler, let alone two. However Loch Leven ain’t the open Atlantic, and a few hours fishing in calm conditions made it an decent proposition.

Apart from the outboard taking a bit of flogging to get going it was an easy start in calm and sunny conditions (in a change from my usual pantomime it was starved of fuel rather than flooded. After 30 years I should know all this by now!). Having two aboard makes a noticeable difference to performance, and there was no chance of getting on the plane, so we simply puttered our way across the loch and dropped anchor.

Fishing was very slow but we eventually picked up one or two rays. This first one proved to be the best of the day, which really doesn’t say very much about the quality of the fishing.

Ian managed to pull up some of the uglier bottom life in the shape of a long worm-like creation, whilst I added a couple of micro-cod, but there was no sign of the mackerel or usual poor cod or whiting.

In the early afternoon we took a quick shot ashore to stretch our legs and defrost a little, and caught another glimpse of an otter whilst Ian cleared up some of the crap left by a recent angler who couldn’t be bothered to carry out what he’d carried in.

We finished the day with another ray or two, including this monster for Ian, but there was no sign of the numbers or quality of fish you can get here sometimes.

Looking around us, if anything the snow was even thicker on the mountain tops than on my earlier trips this year, a reminder that we’re not out the woods with winter just yet. Still, the sun had a little warmth in it so there is some hope!