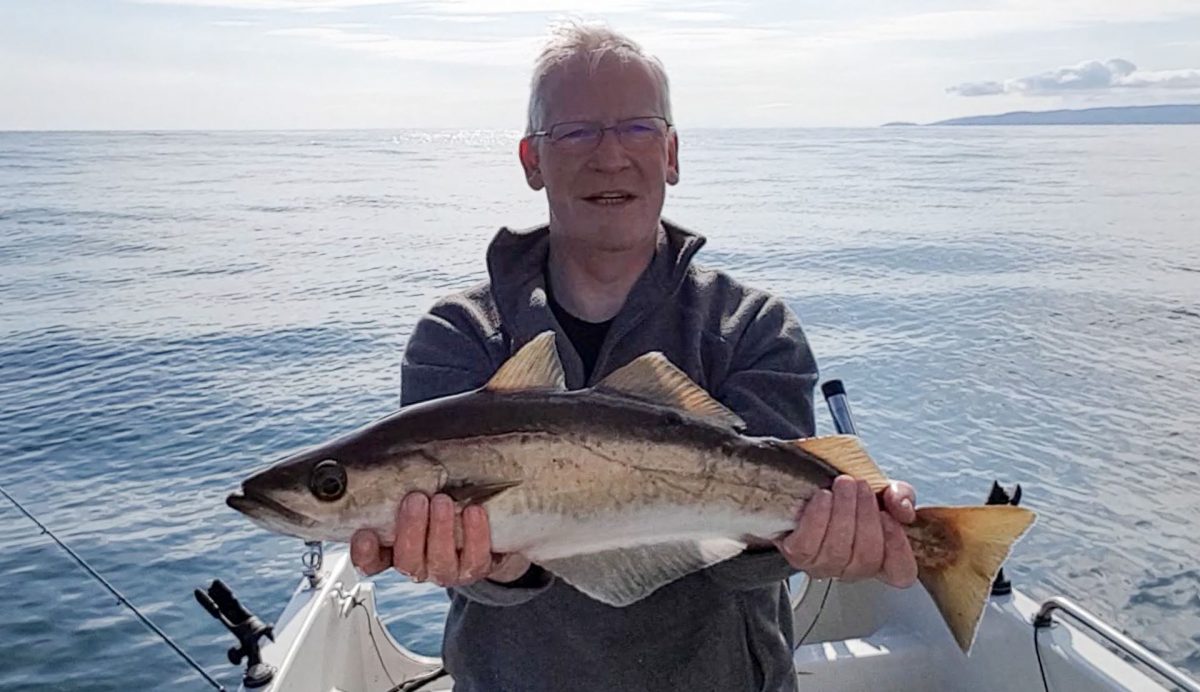 Last Sunday saw me arriving at Dunbar for the back of six in the morning, heading out of the harbour for the first time in many months. It was a lovely morning, despite a steady 3-4 foot swell rolling in from the NE. There was no wind at all, so I’d actually a very gentle ride, and it dropped away steadily until it was more like 2 feet by late morning.

I spent most of my time fishing an inshore wreck a few miles down the coast. She coughed up a steady stream of codling with a few other bits and pieces on a series of slow, easy drifts. I took most fish on a mackerel belly strip and 2oz bullet dropped to the bottom and slow retrieved, but a fair number hung themselves on hokkais too.

My catch were all small, 1-2lb fish, with the biggest not much over 2.5lbs. This was a little disappointing as I can often pick up the odd 5-7lb fish early in the season, albeit generally looking like they lost a boxing match.

I managed just three pollack, with the best somewhere around 5-5.5lbs – a fat, mean fish which had a nasty hole in its shoulder and various other scars. However, it still managed to give a very good account of itself and was returned to get even fatter and meaner. Also rans included a couple of tiddler ling and ditto for coalfish. I had a final 45 minute drift inshore which added some more codling but nothing else. So, my final tally was 19 codling, 3 pollack, 2 ling and 2 coalies for about 4.5 hours fishing. Not exactly setting the heather on fire , but a respectable showing.

I have to say that Dunbar grows ever harder to deal with as a launch site. At six in the morning I got the last available parking space within 300 yards of the slip! The rowing club now have the equivalent of two car and trailer spaces, the burger van another, and miscellaneous parked boats all the rest.

The newly “improved” slipway is more than a little daunting too, as it’s now lined with huge boulders at the upper end, on both sides. I suppose the effect is more psychological than real as the boulders are perched on top of rocky outcrops anyway, but the diggers have managed to cover the only soft area with sharp shards of rock so it’s a far from healthy environment to park a boat on whilst to try and find somewhere to park a car.

One thought on “Kicking off at Dunbar”