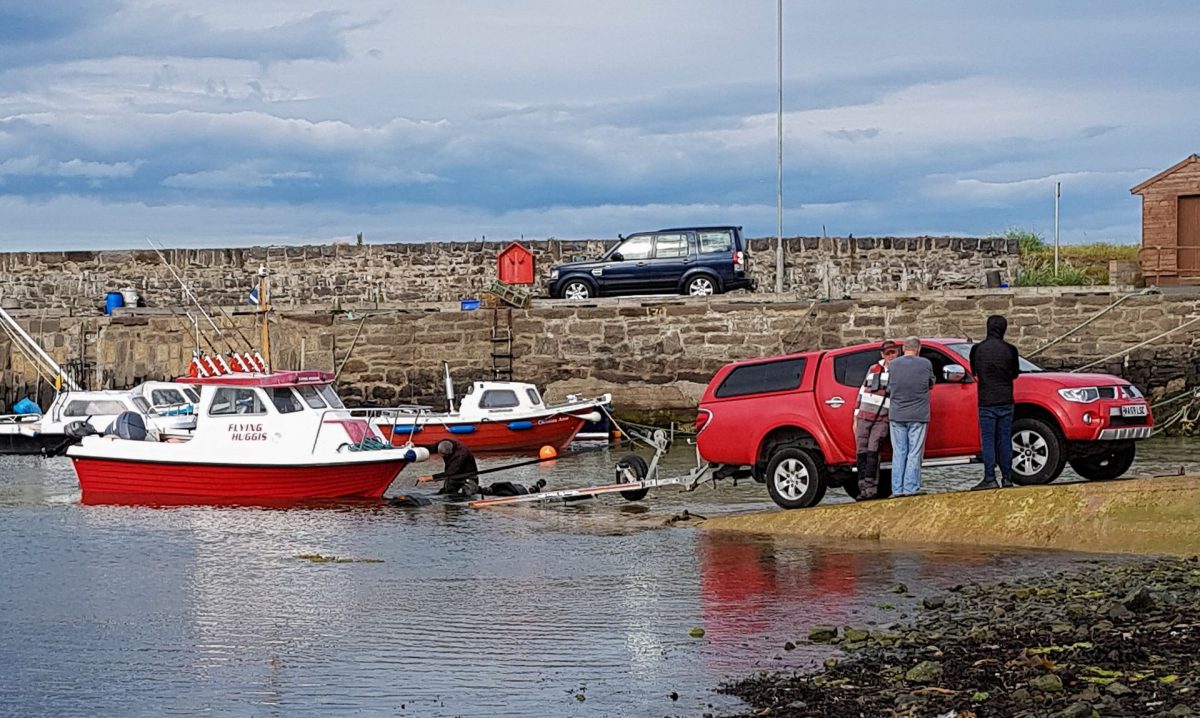 It was a little after 8 in the morning when Ian and I trundled into the harbour. Rather unusually for NE Scotland the sun was shining and the wind minimal, although there was a slight but definite swell rolling in. We could see Trev and his Icelander 18 just offshore, launched a little earlier to beat the ebb tide. A quick phone call and we completed a rather hairy pickup from the bottom of a harbour ladder and headed out to sea.

I haven’t fished these grounds for a very long time and instead of the normal coddie bashing, we were after it’s tastier cousin, the haddock (IMHO, of course!). I haven’t had these in decent numbers for ages so it was music to my ears when Trev mentioned he was getting haddock nearby.

The marks are fairly loosely defined here, and we drifted over a mix of gritty sand and shell with only the odd snag. Not too far offshore, but in roughly 150 feet of water. After a slowish start we began to pick up fish in reasonable numbers – small codling, haddock and dabs.

We’d a bonus or two along the way – Ian pulled in the only mackerel of the day and a wee scorpian fish, whilst I was very happy to see a small plaice on the end of my line. None of the haddock were big although most made it above the size limit, unfortunately for them!

As the tide slackened off so did the fishing, so we headed a few miles down the coast to give a local wreck and some reefy ground a try.

Fishing here was slow but we managed a couple of decent codling mixed in with the small stuff. The best made about 5lb 12oz, although it looked a bit of a bruiser with its battered tail. Loads of tiny ling, as Trev demonstrated with a double at one point.

We didn’t leave it too late to head in to harbour, as Trev had to retrieve the Icelander and Ian and I had a fair journey to get home.

Species for the day – cod, ling, haddock, scorpian fish, plaice, dab and mackerel – not bad for the east coast. We didn’t make it to 100 haddock for the day but were getting within striking distance of that number. Loads of dabs too, and a decent sprinkling of small codling and ling.