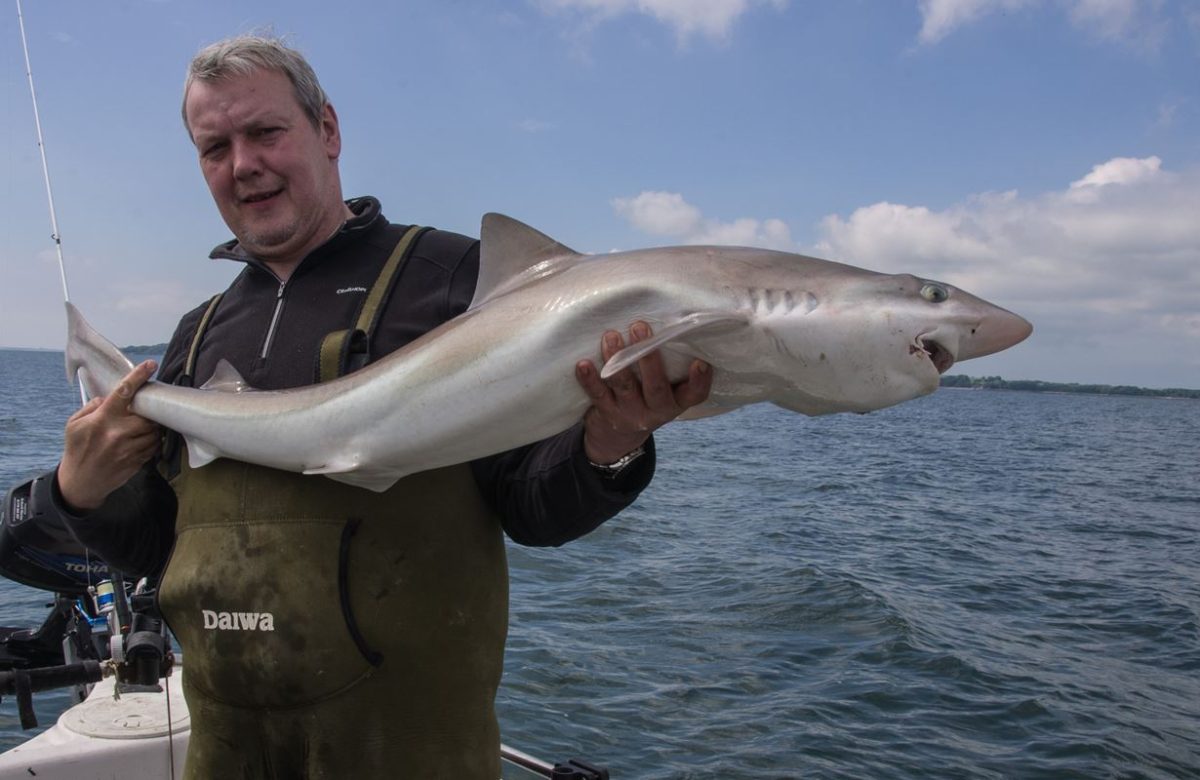 Ian, Trevor and I spent all last week hunting for tope and smoothhounds down in Galloway. Loads of fish, although decent tope proved a bit more elusive than last year.


Tope and Smoothhounds - Galloway 2016
Bar a single session from Isle of Whithorn, our time was spent fishing out of Port William and Garlieston into Luce Bay and Wigtown Bay.

Tope were very scarce out of Port William, although we did pick up some decent huss and thornbacks, plus loads of smaller stuff including a lot of tub and grey gurnards and the usual whiting hordes. Mackerel were generally easy to find, although a little bigger than last year, and there were a few herring and launce mixed in amongst them. Ian managed to up his personal LSD record up to 63 in one day, which I can’t imagine he’ll want to beat anytime soon.

Garlieston held plenty of smoothhounds and small/baby tope plus more thornbacks. Ian picked up the best hound, at over 12lbs (which took a mackerel bait), but most were in the 2-5lbs range. I’d 57 one day which is way more than I’ve seen before, although other days weren’t quite as hectic.

I’ve never seen so many small tope, which were picking up crab and lug baits as well as mackerel, and we must have had many dozens on the days we fished there, but with the best only going 24lbs. I’d one tiddler that looked that it had just avoided becoming breakfast for an older brother.

A few hours on the banks off Isle of Whithorn produced the largest tope (predictably for Ian again!) with a couple at 35lbs each, but we didn’t hang around for the tide to run against the wind on the flood.

Our last day saw a combination of boat weariness and squally weather push us out on a shore trip, which resulted in our first shore-caught hounds and a tope bite off for myself.

Incidentally, the petrol station at Port William is now open 24 hours with a self-service card machine, which will prove handy for future trips. And there is also a nice new coffee shop above the Inshore Rescue Boatshed, with a great view out over Luce Bay.

The GoPro got dropped over the side for a quick view of the seabed at Luce Bay, revealing a complete doggie-fest with a few dabs thrown in – plus this smoothie roaming about. We didn’t catch any hounds here, so interesting to see it on video.