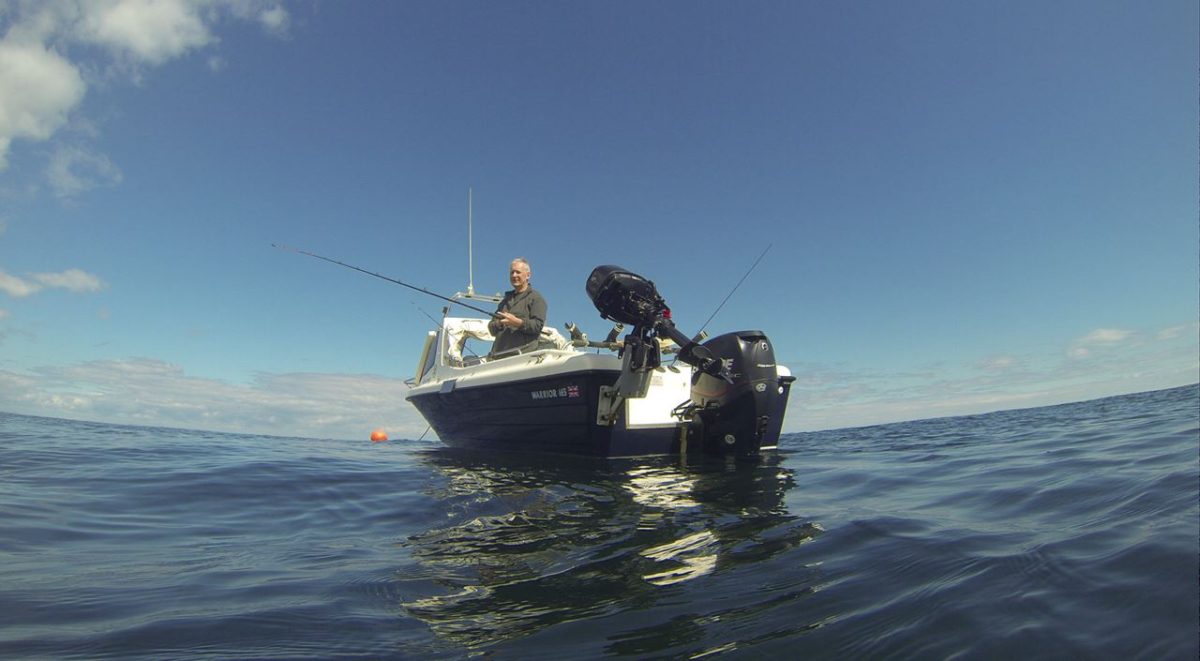 All was good – not a red letter day, but a decent enough morning, with a fair collection of coddies, ling and mackerel. No wind, a little swell and some welcome sunshine. All you could expect from a summer trip out of Dunbar really.

And then I watched The Video. I’d been playing with the GoPro during a quiet spell and dropped it down to the sea bed to try and catch a view of the reef about 60 feet below me. Appearing on my screen back home was a very handsome reef – and a succession of codling, pollack, ballan wrasse, cuckoo wrasse and one or two unidentifiable others. My catch from this shoal was one solitary codling 🙁 I don’t think I’ve ever even caught a cuckoo from Dunbar either. OK, it was a small, dead, tide but it does make you think a little. You can see the short version below…

Cod on the reefs off Dunbar

I did manage around 25 codling to 5lbs, with another 5 or 6 ling to similar size, plus enough mackerel to start restocking the freezer, so humiliation was not total. Despite catching a few, no ling showed on the video, which was taken on a reef about a mile out from Torness.

There were a few other anglers out and about, with a fair number of fish coming to the surface.

Fish or no fish, it was great to steal such a fine day away from work and remember why you keep a boat in the first place. Notwithstanding the damage to my ego, I think I’ll be using the GoPro for more underwater surveys in future.